It's hard to believe, but Windows 10 turned one on July 29, 2016. To develop Windows 10, Microsoft worked with over one million insiders who tested and provided feedback along the way. Then Microsoft offered a free upgrade to existing Windows users for the first year. Now that one year has passed, what changes can we expect?

First, Microsoft is no longer offering a free install of Windows 10 to existing Windows 7 ,8, and 8.1 computers. Second, Microsoft released on August 2, 2016 a free Windows 10 Anniversary Update (build 14393). Microsoft will be gradually rolling out the update. To quickly find which version of Windows 10 is installed on your computer just follow the steps below.

One of the biggest changes is to Cortana, your personal digital assistant. Microsoft is continuously improving Cortana and now it integrates with your calendar, Skype, and many websites, too. You can even ask Cortana a question from a locked screen without logging on to your device. Of course you will have to enable Cortana to take full advantage of these features.

Do you like to keep up with the steady stream of software changes? Training-as-a-service is designed to help you stay current with frequent Microsoft updates.

Microsoft Edge, the new browser introduced with Windows 10, also received some updates, allowing users to customize the use of extensions (including AdBlock, Mouse Gestures, and Office online), pin tabs for quick access, browse in another language, instant access to all your office files, and even save creative ideas from around the web with Pinterest.

Another big change is the new Windows Ink feature. This feature is designed to work with tablets such as the Microsoft Surface devices. Windows Ink lets you sketch anything you want. It even comes with a virtual ruler to help you draw straight lines.

These are just a few of the many updates found in the Windows 10 Anniversary Update.

Things we love about Windows 10

Even before the Anniversary Update, we were already big fans of Windows 10 for oh-so-many reasons. Learn more about the virtual desktop and keyboard shortcuts from our previous posts. Or watch our video that explores the reasons why business are moving to Windows 10.

How to get the update now

If you already have Windows 10, and cannot wait for the Anniversary Update to be installed on your computer, follow the steps below to download and install the update (as with any update Microsoft recommends that you back up your computer first).

Restart computer after updates have been downloaded. Plan on about one hour for Windows 10 Anniversary to update your computer. 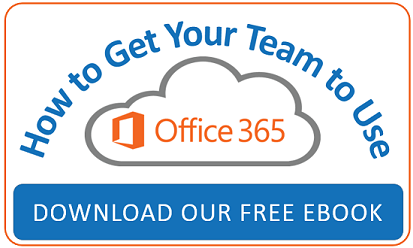