How to Create and Manage Microsoft Teams Breakout Rooms 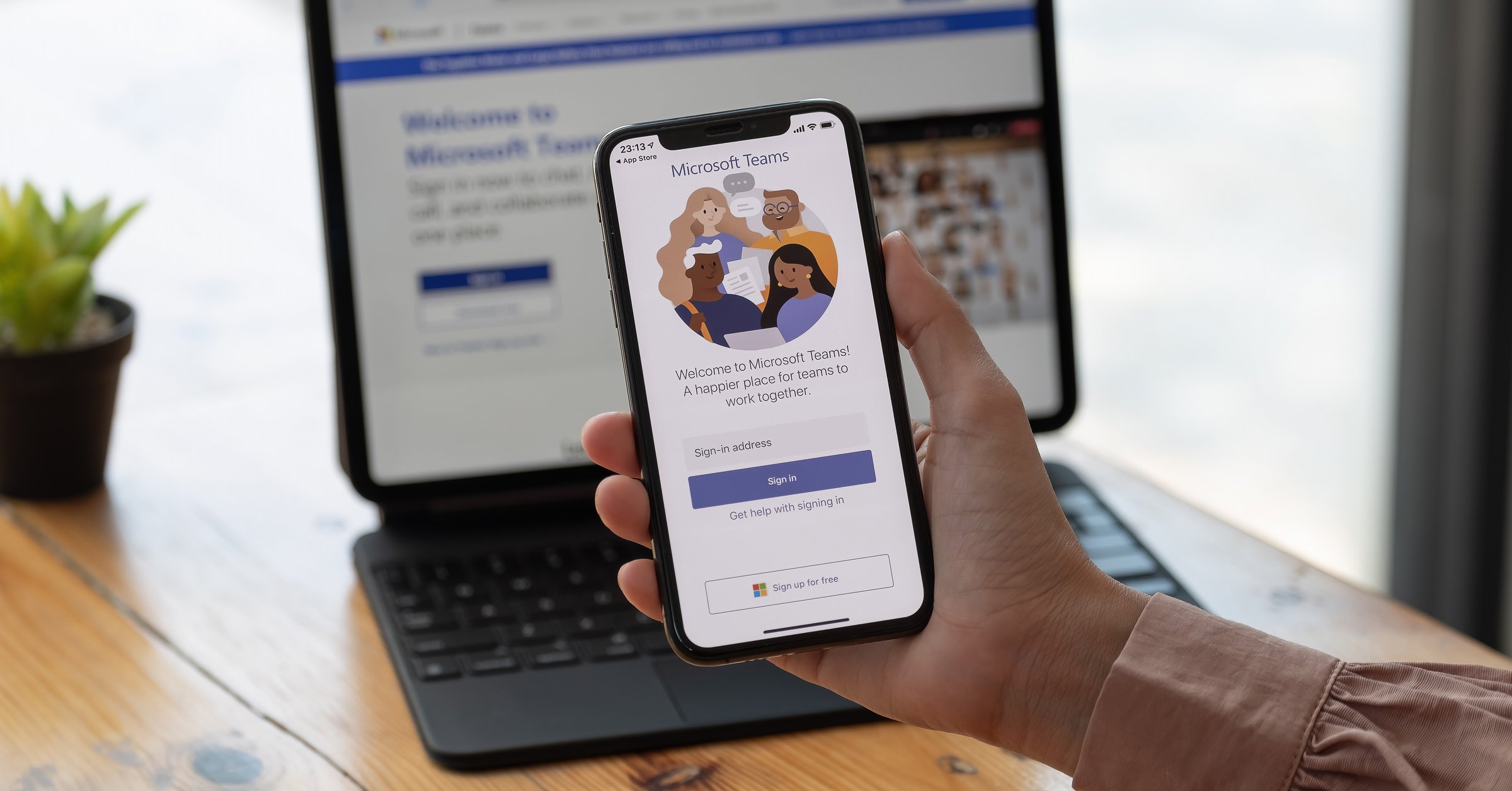 Previously, I shared What You Need to Know about Microsoft Teams Breakout Rooms. If you haven’t read that post, I’d recommend you review it because I shared some important details about who can create Breakout Rooms and I also highlighted some things Breakout Rooms can’t do, currently anyways.

Setting Up a Meeting that will use Breakout Rooms in Advance

Schedule your Teams meeting as you might normally do. Then follow these steps to rename your breakout rooms.

You did it! When you start your meeting all the participants will be in the main meeting and then the participants will either be automatically moved (random) or moved to their assigned breakout rooms as soon as you open the rooms. What if there are two people who just can’t seem to get along, even in a virtual room? Or maybe you need to move a participant from one breakout room to the another. No problem! You, as the meeting organizer, can manually assign or reassign participants to different breakout rooms. This enables you to get just the right combo of personalities and balance for participation and moderation.

Tip: A good meeting organizer plans. Since you’ve created your Breakout rooms in advance of your meeting, you can rename them at the same time. You can still change the meeting room names in your meeting. You can also add an additional room or delete a room.

Rename each room to reflect the group of people it contains, what they’ll be working on, or anything else that is appropriate. To rename your breakout rooms follow these steps. If you don’t rename your rooms the defaults are not surprisingly, Room 1, Room 2, Room 3, etc.

To rename your rooms start your scheduled Teams meeting using the desktop app. Hover your mouse over the room and select More options (

If you choose to manually add participants to breakout rooms, when you start your meeting and click the breakout rooms icon you will be able to assign those present in the meeting to one of the rooms you created.

Using the breakout rooms in a meeting

By default, meeting participants are relocated to their assigned rooms as soon as you open the room. You can either open all the rooms at once or open rooms one at a time.

You can open and close breakout rooms more than once during a meeting. This feature is nice if you want to bring all the participants back together, then segment them again.

Join a breakout room as an organizer

Reminder: Meeting participants cannot join rooms that they are not assigned to.

Send an announcement to all breakout rooms

As I mentioned before, it’s easy for the organizer to bounce around and participate in group chats, discussions, and activities. If you would like to send an announcement to all the meeting participants at once, across all chats, follow these steps.

Participants will receive your announcement in their meeting chat and it is marked as important and shows up with an urgent notification.

Each breakout room has its own private chat, and as the organizer all the chats are available in your larger, original Teams Chat list. Once a breakout room closes, the room chat ends and cannot be continued. However, you'll still be able to view the chat history and any shared files. You can see below, a breakout group Chat tab and associated files, meeting notes, whiteboard, and any other apps that the group added with the + channel tab. Participants will be able to access the chat history and shared files from any breakout room they have joined, even after the meeting has ended.

As an organizer you can chat with the members of any breakout room individually, that chat is private. Only participants who are invited to the breakout room will see what’s been discussed in their breakout room. If someone wasn’t in a breakout room, then they can’t see the potentially confidential meeting content. 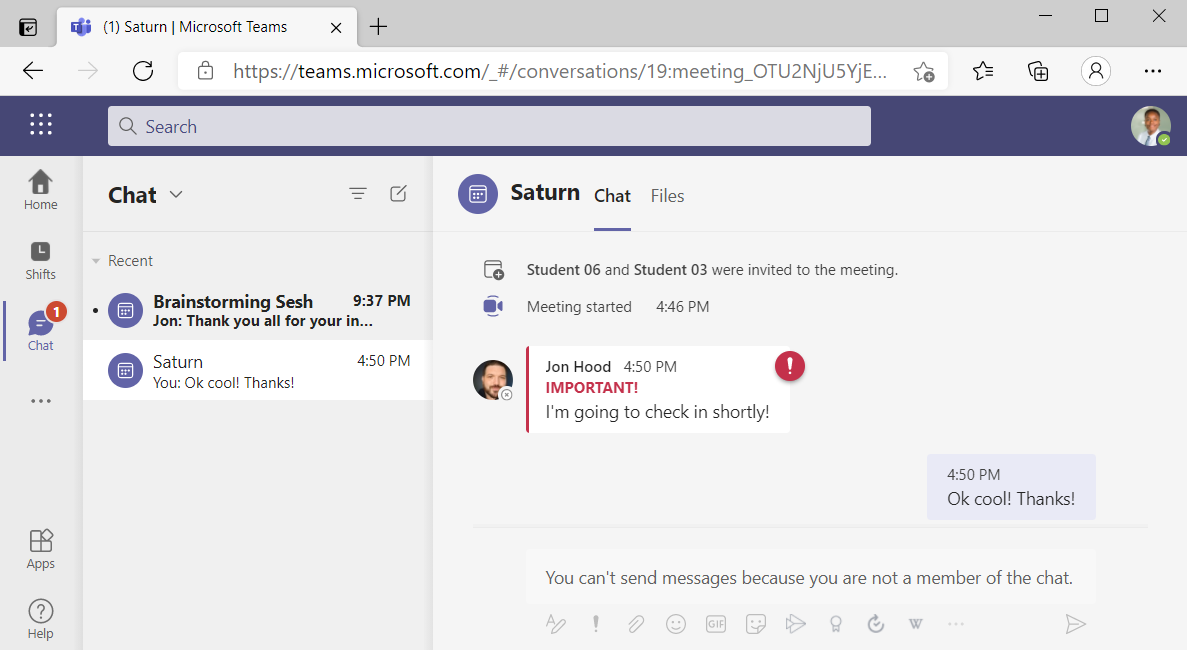 When you close the breakout rooms, the participants return to the scheduled main meeting.

To close all the rooms at the same time:

You'll know rooms have successfully closed when their status changes to Closed (grey).

When everyone is back from their breakout rooms and you're ready to meet as a larger group again, select Resume.

By default, participants are automatically moved into breakout rooms when they're opened by the organizer. When you turn off this option, participants receive a message asking them to join their breakout room. They select Join room (Join on a mobile device) before being moved. To edit this default, follow these steps.

By default, this setting is off. Turning it on gives participants the option to leave their breakout rooms and return to the original meeting to rejoin the larger discussion.

Move someone to a different breakout room

Currently, participants can be moved only when breakout rooms are closed.

Ok, so that’s a LOT of how-to. As you can see, the organizer has a lot of control, but can’t be everywhere at the same time. I’d recommend having moderators or notetakers in each breakout room and if you want to access your content later on, you can. Also, test, test, test. Try it out! You can even test using Meet now!

Also remember, you still have all the other functionality of meetings with breakout rooms! So, don’t forget about features like sharing, recording, live captions, and transcripts!

Hopefully this was helpful and gets you as excited as I am about Teams!

If you're new to Teams or are interested in transitioning to using Teams at your business, check out some of our posts below: 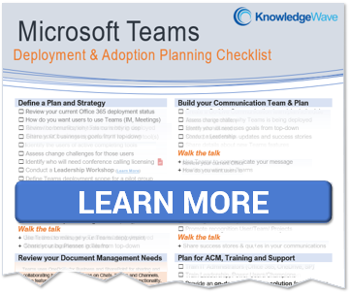 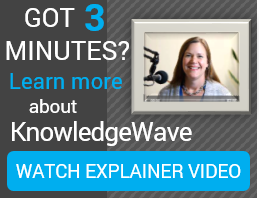