What You Should Know About Microsoft Teams

Teams is Microsoft’s answer to group chat, based off the preexisting 365 environment, and is designed to replace Skype for Business. With an Office 365 Business Premium, Business Essentials, OR Enterprise (E1, E3, or E5) subscription, your organization can enable Groups and Teams.

Teams is built for integrative collaboration in your office space. Designed for customizability, Teams’ framework allows users to incorporate many of the Office 365 features directly into Teams. It also supports many 3rd party integrations from the Adobe Creative Suite to Zendesk. Microsoft is always updating and has a regular blog to keep us informed on the latest news on Teams.

Microsoft Teams is based off Office 365 groups, Microsoft’s evolution of the traditional distribution list. Also known as modern groups. Groups incorporate a number of features that help make Teams a more powerful platform.

Modern groups come with features such as an email address, calendar, notebook, and cloud integration for document storage. These features allow for as robust a collaborative environment as your team needs. Groups may be used for projects or a group of people with a common goal or objective and you can leverage as many or as few of the features that suit your needs. Groups and Teams allows for a much greater flexibility for better team performance in a way that was impossible just a few years ago.

Since Teams is integrated with groups at its core, it’s important to establish from the beginning how you want collaboration to play out. Using a modern group may be a great way for one project or group of users to work and communication, whereas Teams may provide a better engagement experience with another.

Some common considerations when working with Groups or Teams include the naming of your group, whether it’s visible to all users, whether public or private, and the name itself (you should avoid creating a bizarrely long name because they are used as the group email address.) Additionally, by default, all users can create a Group or a Team – a less than perfect situation for most businesses. You can add Teams functionality to a preexisting modern group, and you can add or remove members from the new Team. Doing so would also add or remove them from the Group. Governance is strongly recommended and should be implemented for retirement of non-active groups. Word of caution when delete a Group or a Team, you delete all components of that Group.

Beyond being a chat tool, Teams, which is considered a hub for communication, offers users centralized collaboration in the form of tabs. By default, there are tabs for conversations, a wiki, and files. Beyond the basics, you can also add other Microsoft apps like Excel, Word, Power BI, and new Office 365 tools like Planner. When working on a file within Teams, users can maintain a persistent chat around that document. Team Owners can create channels that are more specific to a topic, so while you may have an IT Support Team, you may have channels like Windows 10 and Office 365. Team’s ability to locate multiple workspaces into a seamless communication hub is one of the strongest features of the platform. 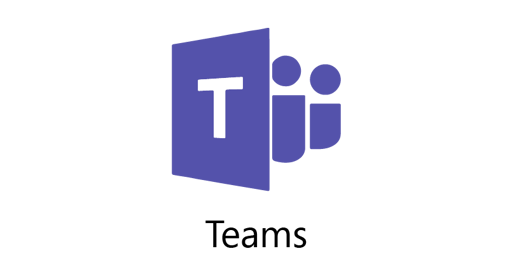 The Relationship Between Office 365 Groups and Microsoft Teams

Though integrating many of the same Office 365 features, Groups and Microsoft Teams have several differences that make them suited for different tasks at different times. Because they’re built on Groups, Microsoft Teams by necessity creates a Group, but the reverse is not true. There’s also some confusing situations where integration is less-than-ideal. Creating a Team based off an existing group, for example, won’t port the files from the original group unless a SharePoint tab is added. This can lead to some unintuitive behaviors, and means we need to dive into why you use a Group in some cases, and a Team in others.

You should first ask yourself what your audience size is going to be. A Group can function in a multitude of environments, using multiple tools, without needing Teams integration. That said, it’s not very helpful if your department responds to everything with email and you need an answer now. Remember that Teams is a chat platform – think Skype, Office 365, and an IM app merged together. This makes it particularly well-suited for floor-wide communication in a hurry but not so great for setting up a major meeting with a department head.

It can get a little confusing because whenever you use Teams, you’re invariably using Groups as well. There are cases, however, where using Groups without Teams makes more sense. Frankly, there are very few scenarios where Groups isn’t helpful – whether integrated into Teams or not.

It’s worth mentioning, however, that Groups stores data using SharePoint, Azure AD, and Exchange Online. Keep this in mind in case your current Office 365 subscription lacks any of these features; you must have an Office 365 Business Premium, Business Essentials, or Enterprise (E1, E3, or E5) subscription, and your organization has to enable groups and teams.

Read More: How to Choose Office 365 Business vs Enterprise Licensing

Groups provides the advantage of having a shared calendar and email address. While groups can be short lived, think in terms of a project, Groups are also often long lived like a marketing group. This allows an organization to collaborate a lot more on big-picture situations, whereas Teams is often best used in short-term, immediate contexts. Keep in mind that Teams, as a chat software, does not integrate mailboxes the same way a Group does. Also remember that when creating a new Team without porting an existing Group, Office 365 automatically creates another Group. This can result in redundant groups floating around the cloud, never an ideal situation.

In reality, there’s no one-size-fits-all solution to the question of using a Group or Team. Both offer different functionalities depending on your specific needs at any given time. In some cases, you may even want to integrate both into your department’s communications for different purposes. A Team is best used in hot-button, immediate concerns where timeliness is critical. Groups offers a large-scale solution for data integration. While not as time-efficient a solution as Teams, Groups certainly offer broad functionality to many projects and for many users.

If you are researching, considering or planning on deploying Teams or Office 365 within your organization, let us help guide you through the process. We offer:

Editor's Note: This post was originally published in October 2018, but has been thoroughly revamped and updated for accuracy and comprehensiveness. 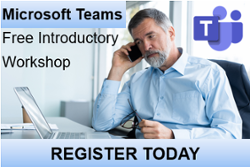