The Story of Why We Chose Microsoft Teams & Business Voice 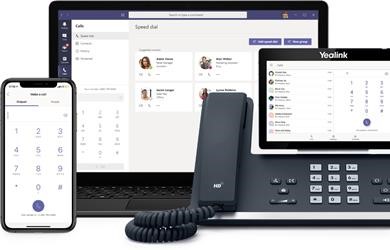 As a Microsoft Partner providing training and consulting services around Microsoft Products, we are often early adopters of technology. Comes with the territory! How can we help other organizations if we aren’t learning from our own experience? Here at KnowledgeWave, we are interested in what the tools can do, as well as what limitations may exist (so we can pass that information along to you!) From the announcement of Teams in 2016 to its release in 2017 our company was in; we were onboard and transitioned from Skype for Business to Microsoft Teams shortly after Teams was released.

Teams was AND IS a game-changer for how we not only communicate but how we work with our content. We already understood the value and benefits of Office 365, now Microsoft 365. The power of the cloud was changing how we worked with our colleagues and how we would come to work with our clients. Teams presented a modern way for us to work that took down information silos across our teams and projects. And we’re not alone: Microsoft Teams growth has been explosive from 13 million daily users in July 2019 to over 145 million users in April of 2021.

With the bundling of Teams as part of Office 365, free versions being made available, and the impending retirement of Skype for Business, our customers also started moving to Teams, too. With the COVID-19 pandemic, those who hadn't previously moved started to migrate quickly and we found ourselves sharing tips on How to Create an Effective Workforce with Microsoft Teams. Today we are helping clients not only learn and adopt a new modern way of working, but also helping organizations that are looping back to better define governance with Teams. 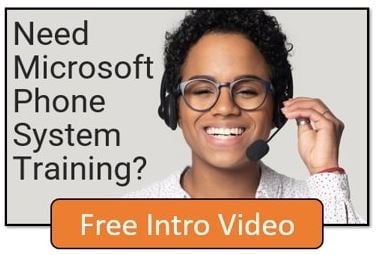 Our Deployment of Microsoft Phone System

In 2018, we had an opportunity to relocate our offices to an amazing new facility. The only catch was that we would need to take a phased approach and relocate temporarily while our new space was being designed. So that meant 2 office moves in 1 year.

While we had already transitioned to primarily SaaS-based work tools and were actively using OneDrive for Business and SharePoint, our phone system was still, at that time, a legacy PBX system. Although it was internet-based (Bandwidth.com), it didn’t support VoIP phones. While we could have updated that system, it was still an on-prem system and the prescribed system upgrade would still have meant VoIP desk phones, no softphones.

We didn’t want to move hardware twice, and we knew the power of the Cloud, so we reviewed options for a true VoIP system that would provide the ability to add softphones, not just desk phones. We reviewed the big players including Ring Central. Ultimately, we decided on the Microsoft Phone System because it was in the ecosystem that we were building around.

Initially, we transitioned a few of our users over to the Microsoft Phone System. This stepped transition allowed evaluation of the product before a complete switch-over for all users. It also provided an opportunity to review the administration features and gave us time to establish the required call queues and set up our auto-attendant features. I’ll be honest, while feature-rich, the Phone System was not that easy to administer because much of it was still entwined with Skype for Business administration.

Administration functionality has improved tremendously since our move, and today you can expect most features you would need or want to be available as part of Microsoft Business Voice + Teams. We chose the simplest solution, Phone System with a Calling Plan, and simply purchased Microsoft Calling Plans for our domestic and international calling needs directly from Microsoft. There are many options available including bringing your own PSTN partner carrier. This option lets you keep most of your paid voice plans in place. This link should help you to plan your Teams Voice solution.

While you can deploy on your own, I would strongly recommend that you at least discuss the support that a Microsoft Partner can provide. We had some external support due to our relationship with Microsoft, and we definitely took advantage of it! A solid Microsoft Service Partner or Cloud Solution Partner that specializes in voice can get faster results with Microsoft. If your phone number ringing to the appropriate people in your organization is important, I’d recommend that you find a Microsoft Partner with specialization in “Calling in Teams”.

In March of 2020, when the global pandemic really took hold, we were able to quickly pivot to a remote workforce. We had our phone system already in the cloud and many of our employees distributed across North America using softphones within Microsoft Teams, both on their computers and mobile phones. We didn’t miss a beat and instead could focus on helping our clients’ employees learn how they could be the most effective while working from home.

The popularity of Teams as a hub for communication and collaboration has really blended the functionally of the phone system with Teams. Add in customizable tabs, and Microsoft Teams is becoming a powerful Work Productivity OS that our employees leverage daily, at their desks, from their homes and on-the-go.

Working with our customers, we have identified a strong need to not only help new Teams Voice users learn how to set up and access voicemail but understand the power of Teams across the Microsoft 365 platform. Our training for Microsoft Phone System addresses topics like User Presence, Basic and Advanced In-Call Features, from placing a call on hold, to adding participants, as well as turning on live text captions and call recording options. We also offer a training segment specific to Teams Phone System on-the-go and show users how they can make and receive phone calls using their Teams assigned number by using the Teams app on their mobile phone.

Whether you are a company that has already moved to Microsoft 365 Business Voice, will be moving, or if you’re an MSP/CSP looking for training options for your clients, KnowledgeWave can help. You can trust that you will be working with a learning partner who teaches and uses the technology. 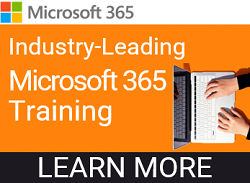 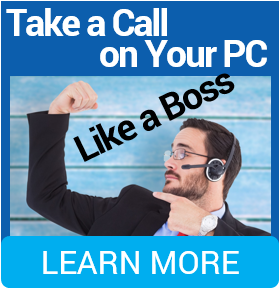